In November 2016, the third and last part of the encyclopedia, The History of European Photography was published. This volume completed the pursuit of a comprehensive examination of the phenomenon of photography on the European continent in the 20th century.

This encyclopedia is the greatest publishing achievement by FOTOFO and its director, Prof. Václav Macek, who cooperated with dozens of other professionals to bring this project to completion. The History of European Photography 1900 – 2000 was brought into existence by dozens of experts in photography from 34 European countries, several editors, proofreaders, coordinators, designers, etc.

Material from Albania to the Ukraine is covered in each volume, including: indexes of names, maps, chronological tables giving a historical overview of the cultural, socio-political and photo-technical events during a given time range, basic biographies of the mentioned and also the unmentioned photographers who have a place of honour in the history of photography over that period, and bibliographies and detailed biographies of the authors.

The aim of this publication is to fill a gap in the theory of photography. It fulfils the function of a basic informational manual, which meets the demands of the general public. In terms of expertise, this encyclopedia is a serious academic piece of work, which builds the foundation for further comprehensive research on European photography. 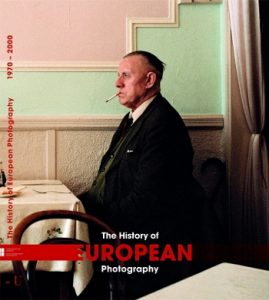 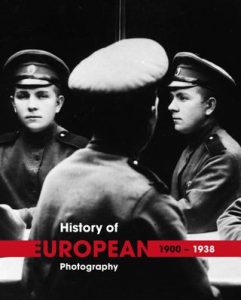