In 1945, the retreating German army blew up the only bridge connecting the two banks of the Danube. A few days after the event, nineteen-year-old Karol Kállay photographed demolished buildings and tank wrecks around today’s Trnavské mýto in the already liberated Bratislava. In 1972, photographer Rudolf Lendel passed by a newly built SNP bridge and managed to capture a bridge full of Tatra trucks, which realized here the bridge load test. Between these two events a lot of water flowed in the Danube. The gloomy atmosphere of war-stricken Bratislava was replaced by “building” enthusiasm and belief in a better and more joyful future. The largest city in Slovakia was inhabited by people from all over the country, and peripherals were transformed into modern housing estates for thousands of people. In Ivan Kozáček’s photo, these two worlds meet in close proximity in the form of hanging clothes in the yard in contrast to the “Februárka” housing estate under construction. However, the historical center of the city for many years, practically the whole second half of the 20th century looked rather neglected and gloomy. The personification of this state, but also the position of Bratislava within Czechoslovakia as a “provincial” city, is materialized in the deplorable state of the city’s dominant – the Bratislava Castle, which was reconstructed after the great fire in 1811 even in the second half of the 1960s. The most photogenic and most recorded part of Bratislava was the area under the castle – Vydrica, Zuckermandel and the Jewish Quarter. Poor residents of these parts living in worn-out houses appear in photographs of Karol Kállay from the period just after the war. Bohumil Puskailer often visited these areas in the 1960s and was interested in the lives of children and young people in addition to everyday life. This was at a time when “Podhradie” had already sealed its fate. Its final demise was personified by a grand project of a new bridge over the Danube – SNP Bridge. Danube, in the form of a megalomaniacal project of a new city district – Petržalka, whose construction began in 1973. 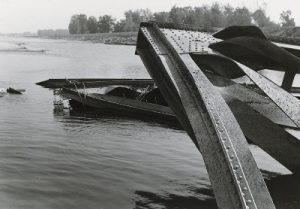 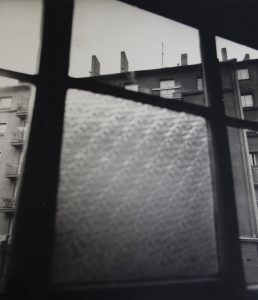 Ivan Matejka: from the cycle Windows, 1960 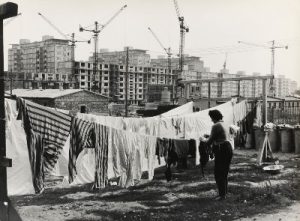 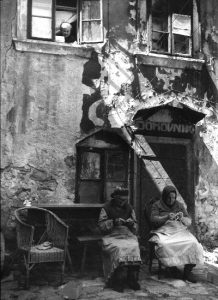